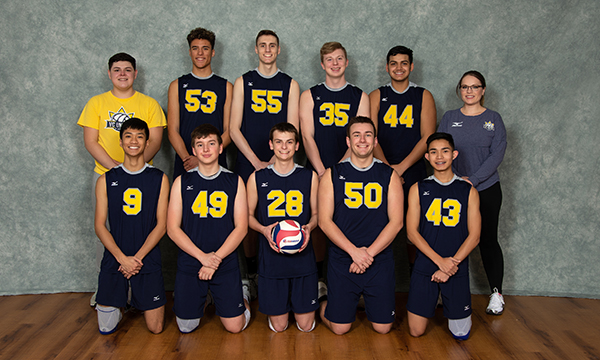 We are pleased to announce the promotion of Nicole Miller to the newly created position of Boys’ Program Director.  In this position, Nicole will work closely with Executive Director Eric Schulze and Boys’ Technical Director Trace Noack in administering the Boys’ Program throughout the year.  Among her duties will be to take the lead on club communication, scheduling, and staffing as well as assisting in the creation of camps, clinics and training for the boys’ program.  The role will give the Boys’ Program a dedicated presence administratively, which will take on even more importance with the changes to the schedule this season due to the pandemic.  Noack will continue in his role as the Boys’ Technical Director for the upcoming 2020-21 season.

Nicole has been with VC United since it’s inception in 2017 and was instrumental in launching the Boys’ Program in a very short period of time prior to our first season.  Nicole’s passion and connection to the boys’ volleyball community in Rockford runs deep as her players and colleagues will attest to.  Nicole has worked tirelessly for several years to increase the profile of volleyball with young men in the Rockford area.  She is currently the Varsity Head Coach of the Rockford Jefferson boys’ program.  In 2019, as the Head Coach of our B171 Premier team,  she lead the squad to qualify for the USAV National Championships; the first to Rockford-based team to qualify for the prestigious event.  Prior to joining VC United, she was the Club Director at Rockford Volleyball Club.